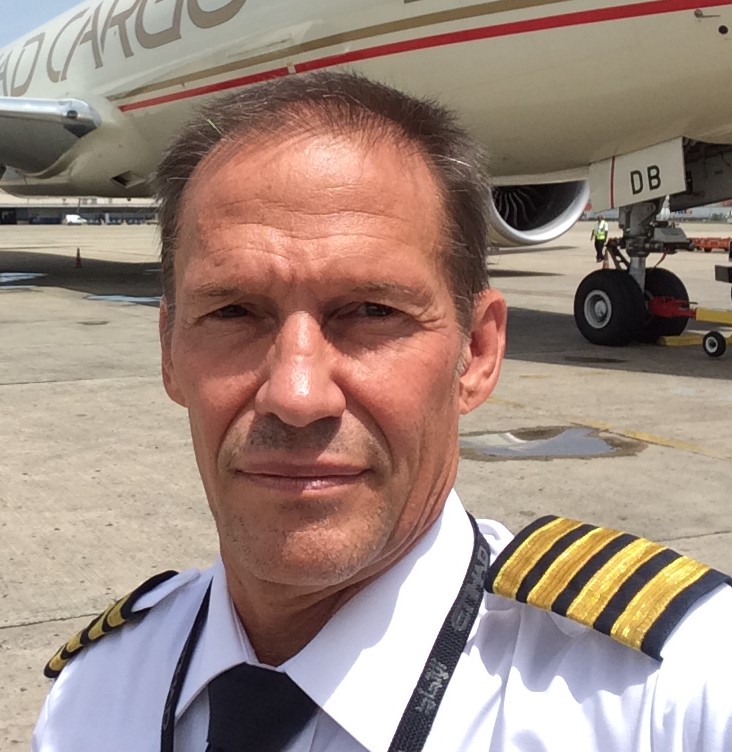 “Tommy Thompson has been flying heavy transport airplanes for over 35 years.  Prior to commercial flying, he operated the C141 aircraft in the USAF for 10 years.  He has accumulated over 15,000 flight hours with many airlines in regions throughout the world, of which 5000+ hours have been on the B747 aircraft as Flight Standards or Line Captain in both cargo and passenger operations.  He has logged another 3000+ flight simulator hours of instruction and evaluation.  With a strong background in Flight Standards in the USAF and with various Part 121 Air Carriers or Part 142 Training Centers, he has also formulated or revised operating manuals at many airlines, to include the addition of new aircraft at startup operations.”Chief Pilot